The beauty of a comforter set? The coordinating is done for you. But you can take it from there, using these designer secrets to turn a comforter set into a bed dressing with your own personal style.

First, when selecting a comforter set, take a cue from your room’s wall color, wood tones and existing textiles for inspiration. For easy pattern mixing, start with a set that has a clean overall pattern, such as the Royal Velvet Damask Stripe Egyptian Cotton Comforter set, which includes a comforter and two pillow shams. From there, start building your own individual look. 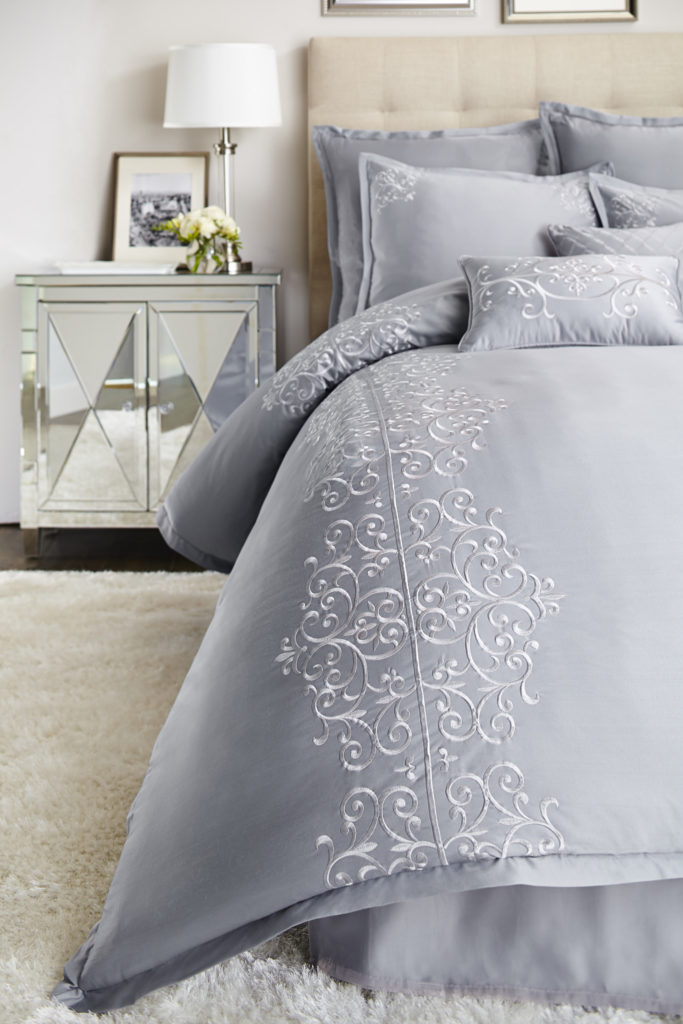 For the romantic: Select a set with pretty detailing, such as Royal Velvet’s Captiva Comforter Set that features an embroidered scroll pattern. Tuck in a blanket in a complementary color so that the bed looks as if it evolved over time. The Royal Velvet Silk Touch Blanket adds both shimmery texture and a soft layer of color. Mix in a few more layers of pattern, soft color and accent with Euro shams—the Royal Velvet Coralie shams could link to the blanket’s color—and a decorative pillow such as the Captiva oblong. 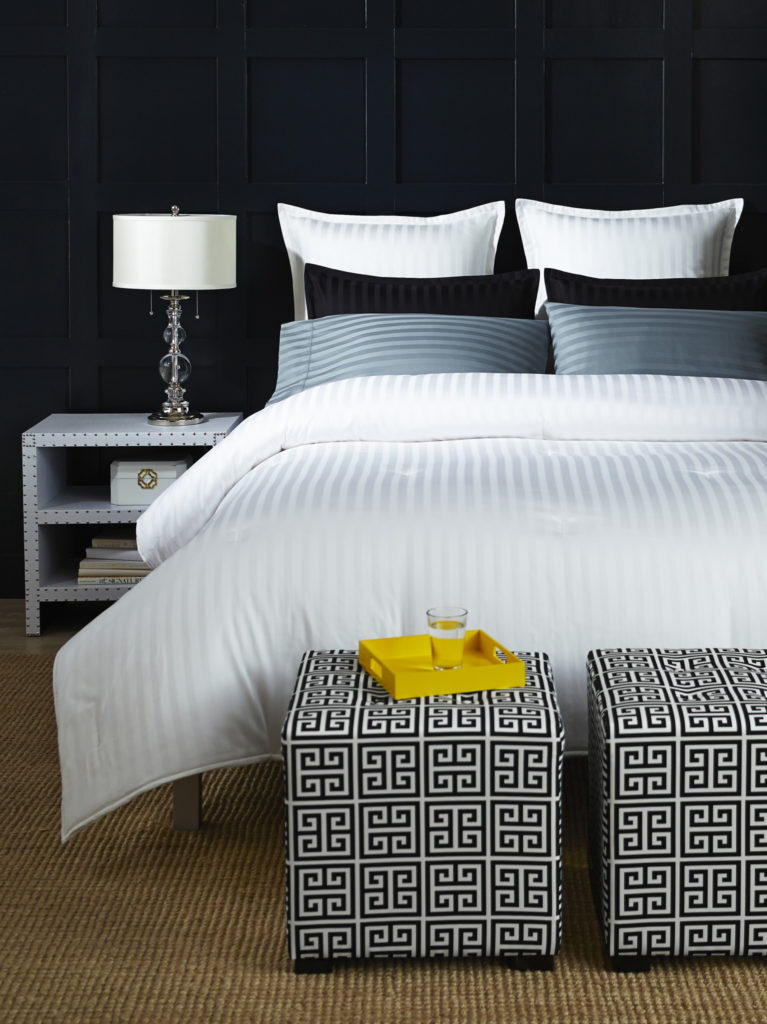 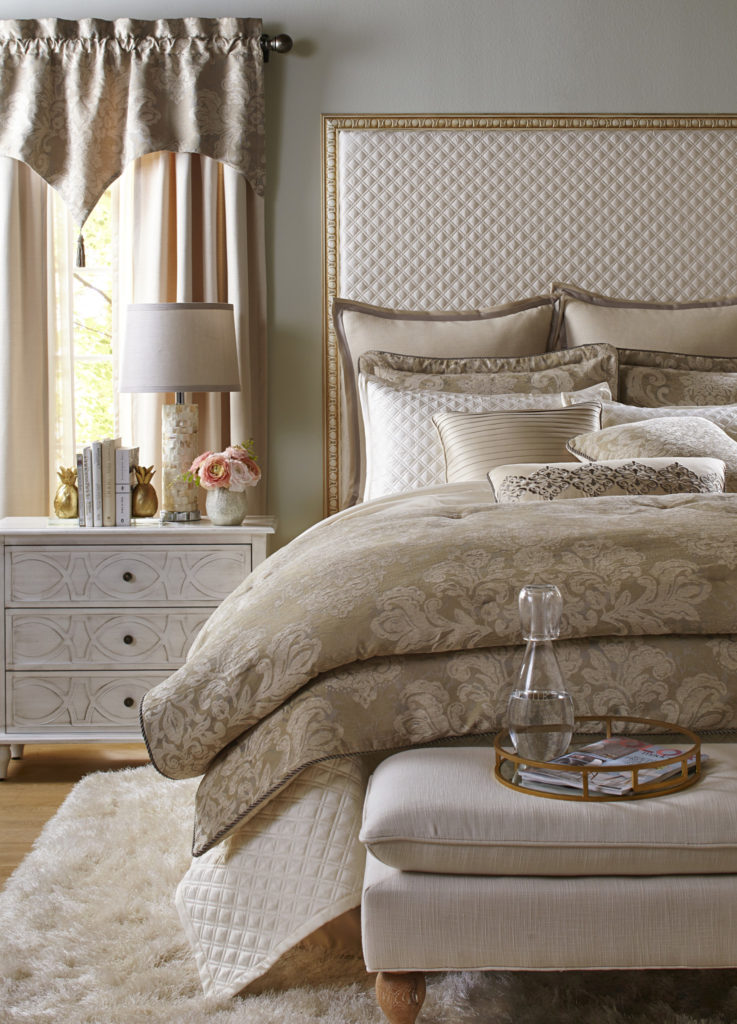 For the traditionalist: Dress your bed with a classic, elegant pattern, and then add a few well-thought-out extras. Royal Velvet’s Palais comforter set features a woven medallion pattern and chenille cord trim in soft, sophisticated neutral hues. Add ivory linens with additional classic detailing, such as Royal Velvet’s 400-count WrinkleGuard Sheet Set with an embroidered edge. For opulence, pile on a few more pillows, such as luxurious Damask Stripe Euro squares combined with a single bolster, or a neat layer of oblong decorative pillows. Instead of a blanket, top with a classic Royal Velvet Coralie Matelassé coverlet, folded neatly at the foot of the bed.

Sign up to receive decorating tips and
product information right in your inbox.

This website uses cookies to improve your experience while you navigate through the website. Out of these cookies, the cookies that are categorized as necessary are stored on your browser as they are essential for the working of basic functionalities of the website. We also use third-party cookies that help us analyze and understand how you use this website. These cookies will be stored in your browser only with your consent. You also have the option to opt-out of these cookies. But opting out of some of these cookies may have an effect on your browsing experience.
Non Necessary
Any cookies that may not be particularly necessary for the website to function and is used specifically to collect user personal data via analytics, ads, other embedded contents are termed as non-necessary cookies. It is mandatory to procure user consent prior to running these cookies on your website.
Save & Accept